One of more than 200 historical markers on the island, this marker highlights the history of Galveston’s Central Wharves developed in 1840. 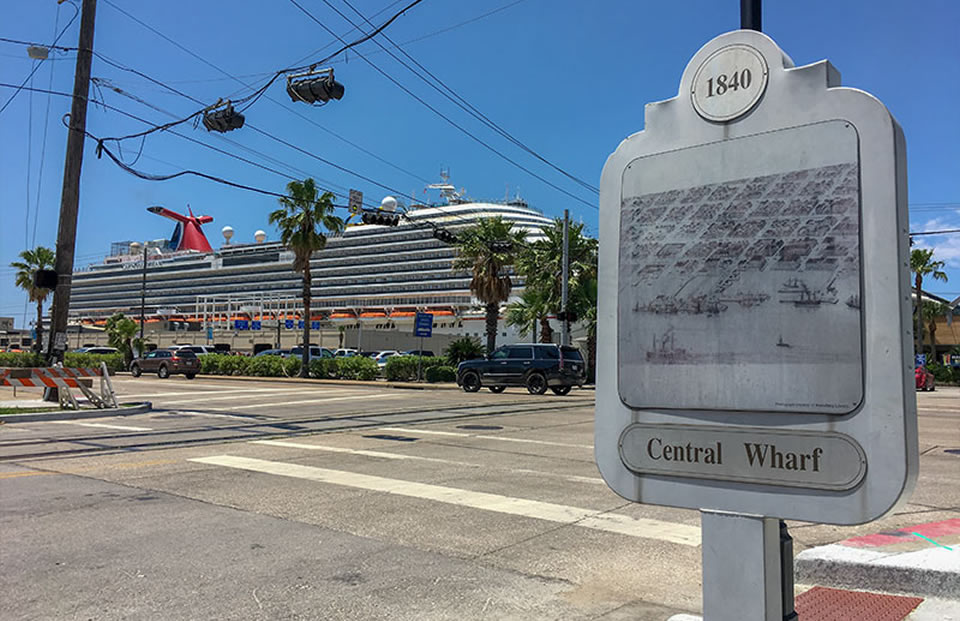 “In early Galveston much of the waterfront activity centered around these wharves. In 1854, the Galveston wharves were consolidated under the present Wharf Company, but the first wharves were built by private citizens. Menard’s Wharf at the foot of 21st Street was built in 1840 by Peter J. Menard. His property on the bay front included all the ground in front of three waterfront lots to the boundary line or near the channel of the bay, with wharf privileges, for which he paid $5.00 and the promise to erect a wharf. In effect, the Galveston City Company donated the property to encourage the building of wharves.”

“Until the flats were filled in, water in Galveston Bay came up to the Strand at 21st Street. Wooden tressels on pilings reached out to the nine foot channel. The ships actually entering the port were mostly coastwise vessels. Originally, two sand bars obstructed the entrance to the harbor. Large ocean vessels could not enter the bay, and lighting was necessary to bring cargo and passengers into Galveston. Passengers and freight were taken from ships anchored in the channel by skiffs or scows, or drays that could be driven through the shallow water. Some passengers walked on the rickety planks or waded to the Strand. When the flats were filled the wharves were moved out to meet the channel and Central Wharf was renamed Pier 21.”

“Menard’s was the third wharf in the city, and came to be called Central Wharf because of its location at the foot of Center or 21st Street. Ships, schooners, steamboats, New Orleans steamships and small boats landed here. Prior to the completion of the railroad all town cargo for Houston steamboats was delivered at Central Wharf.”

“The Morgan Line ships docked here maintaining a regular passenger, freight and mail service starting with the “Columbia” which arrived from New Orleans in 1837. The Galveston Daily News reported “The rush at the Central Wharf during the late ’60’s and the early ’70’s with the big fleet of red Morgan ships discharging cargo and passengers, with the river boats loading and unloading, was so great that a police officer was kept on duty there all the time.””

“The Gem Saloon, a wooden structure built on pilings, was at the foot of the wharf on the southwest corner of 21st Street and Ave. A. Because of its location it became known as the “First and Last Chance Saloon”. 41,670 passengers came by sea to Galveston in 1871, most of them coming in the Morgan line ships. Sailings of Morgan ships to Galveston ended in 1880.”

“The Mallory Steamship Lines docked at Piers 22 and 23 discharging and taking on passengers and cargo, principally cotton, from 1866 until fire destroyed the docks in 1923. The Mallory Line then moved to a new terminal extending from Pier 23 to Pier 26, in 1927. At Pier 22, reconstructed after the fire, the Gulf Fisheries and the Liberty Fish Company occupied new quarters.”

“The famous 1877 Barque “Elissa” is now berthed here and is open to the public for touring, with maritime exhibits. The paddlewheel “Colonel” offers harbor tours, and Fisherman’s Wharf provides a seafood market.”

Leave Your Worries at the Door

Galveston Slingshot Rentals
We rent fun! Bring your friends and family and get your Galveston Adventure now! Visit Website 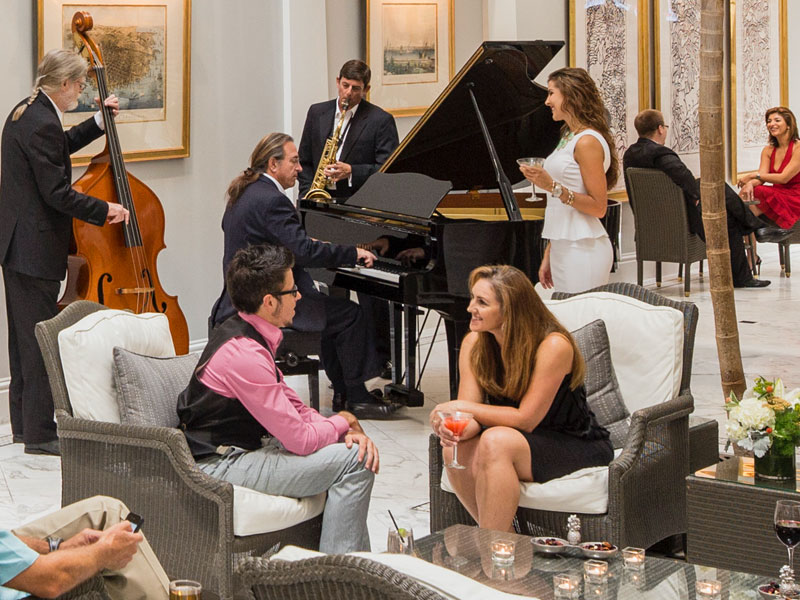 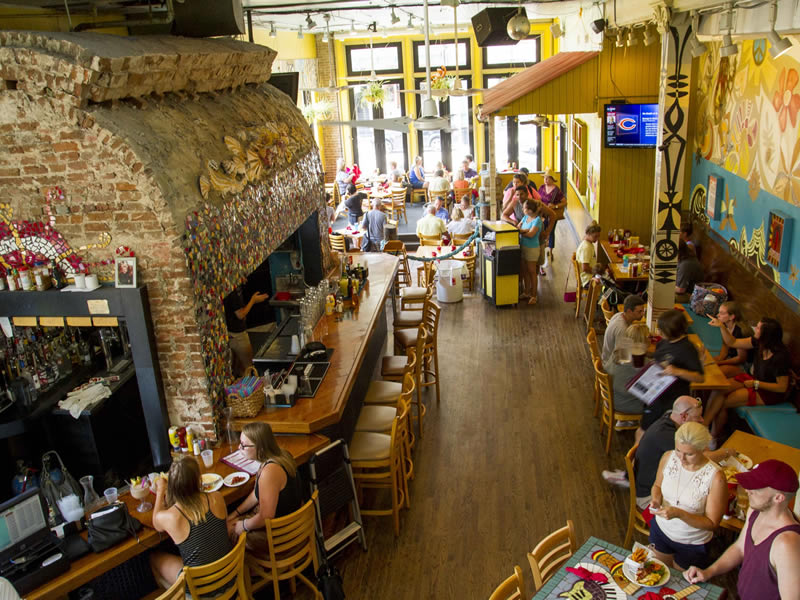 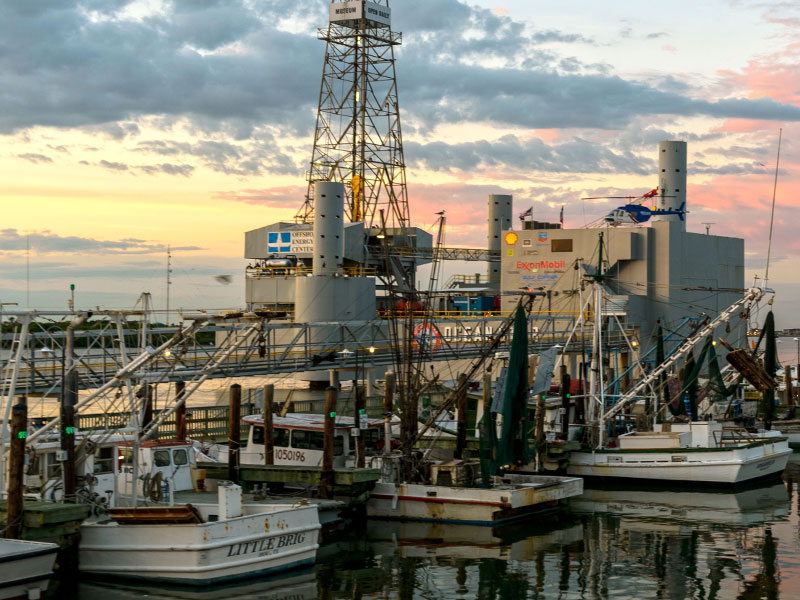 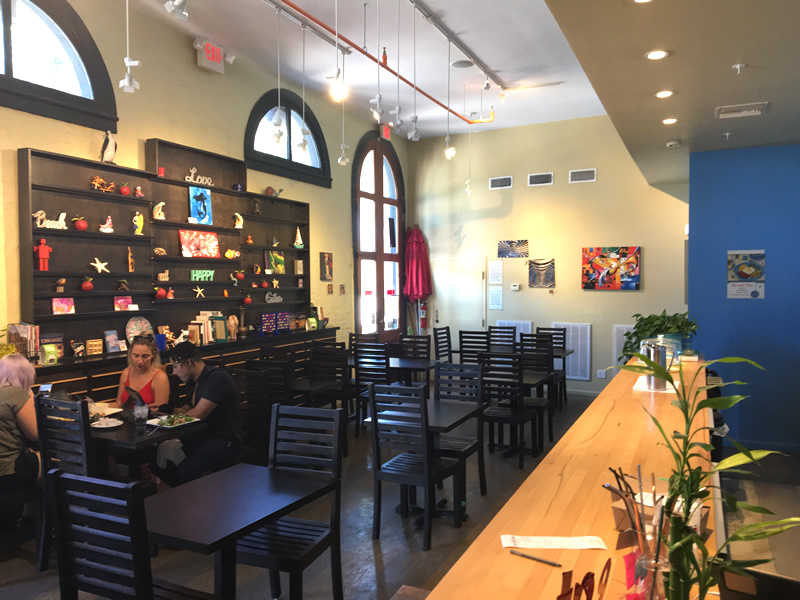 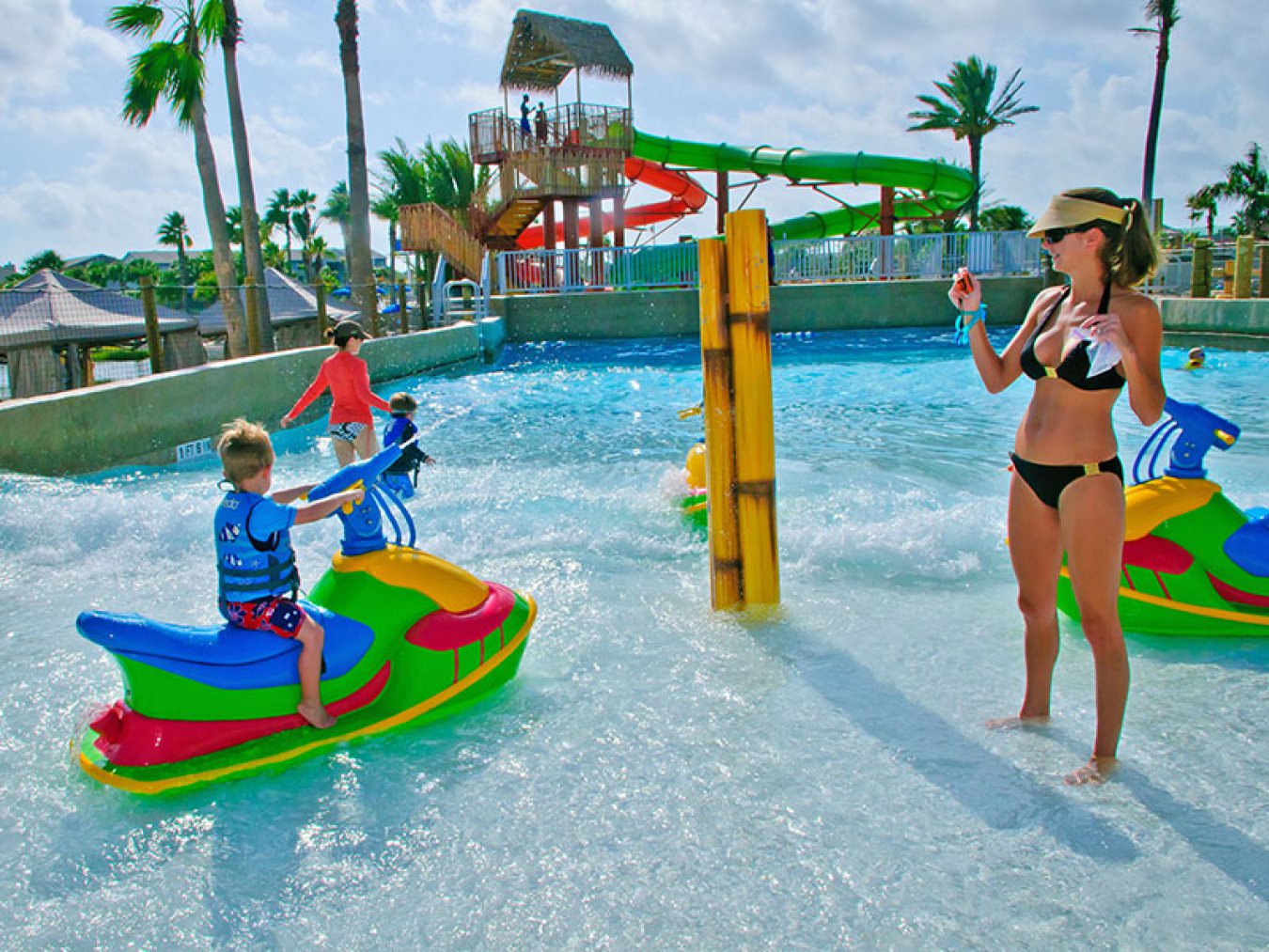 Cool Off This Summer At Moody Gardens Palm Beach 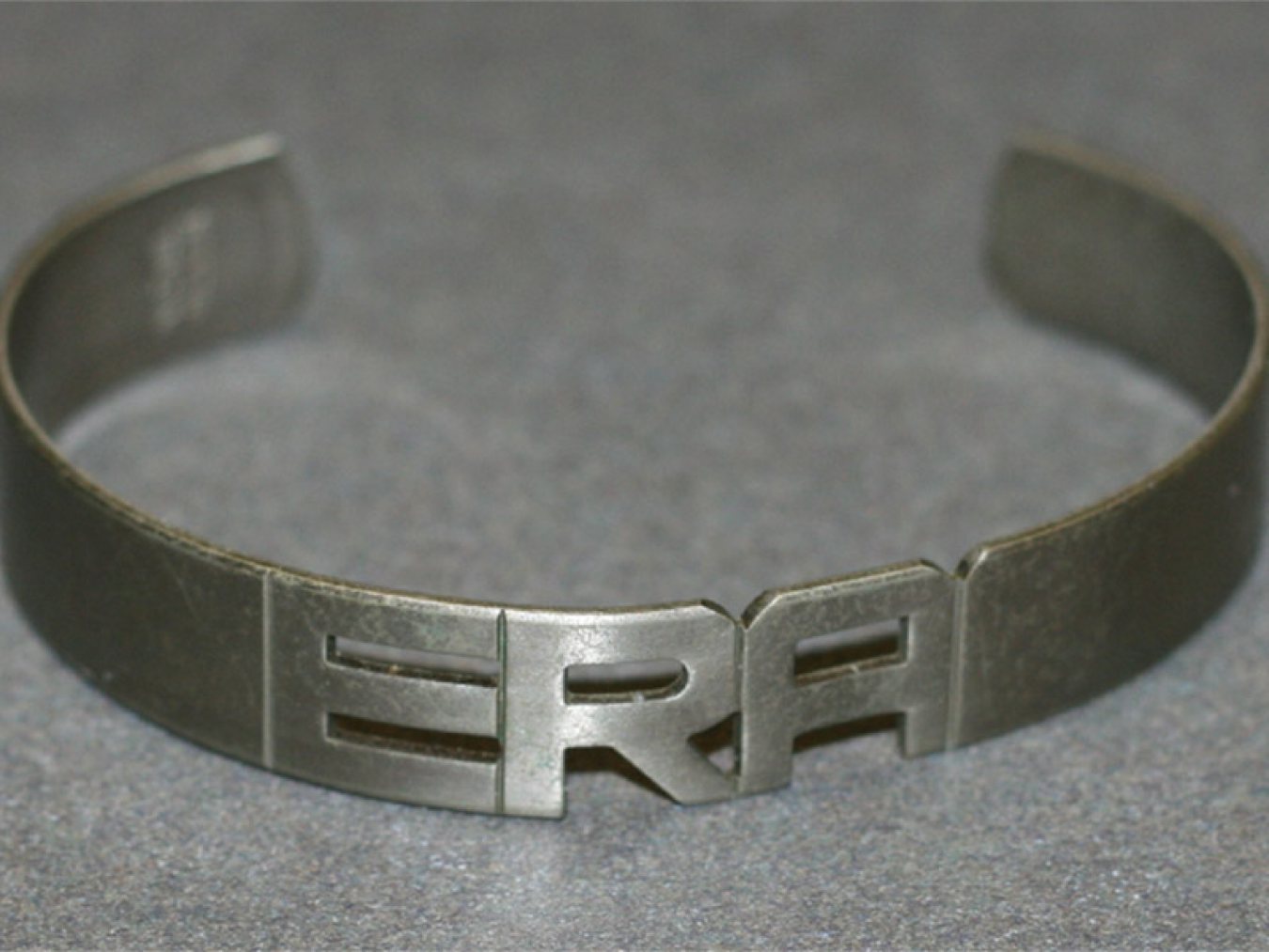 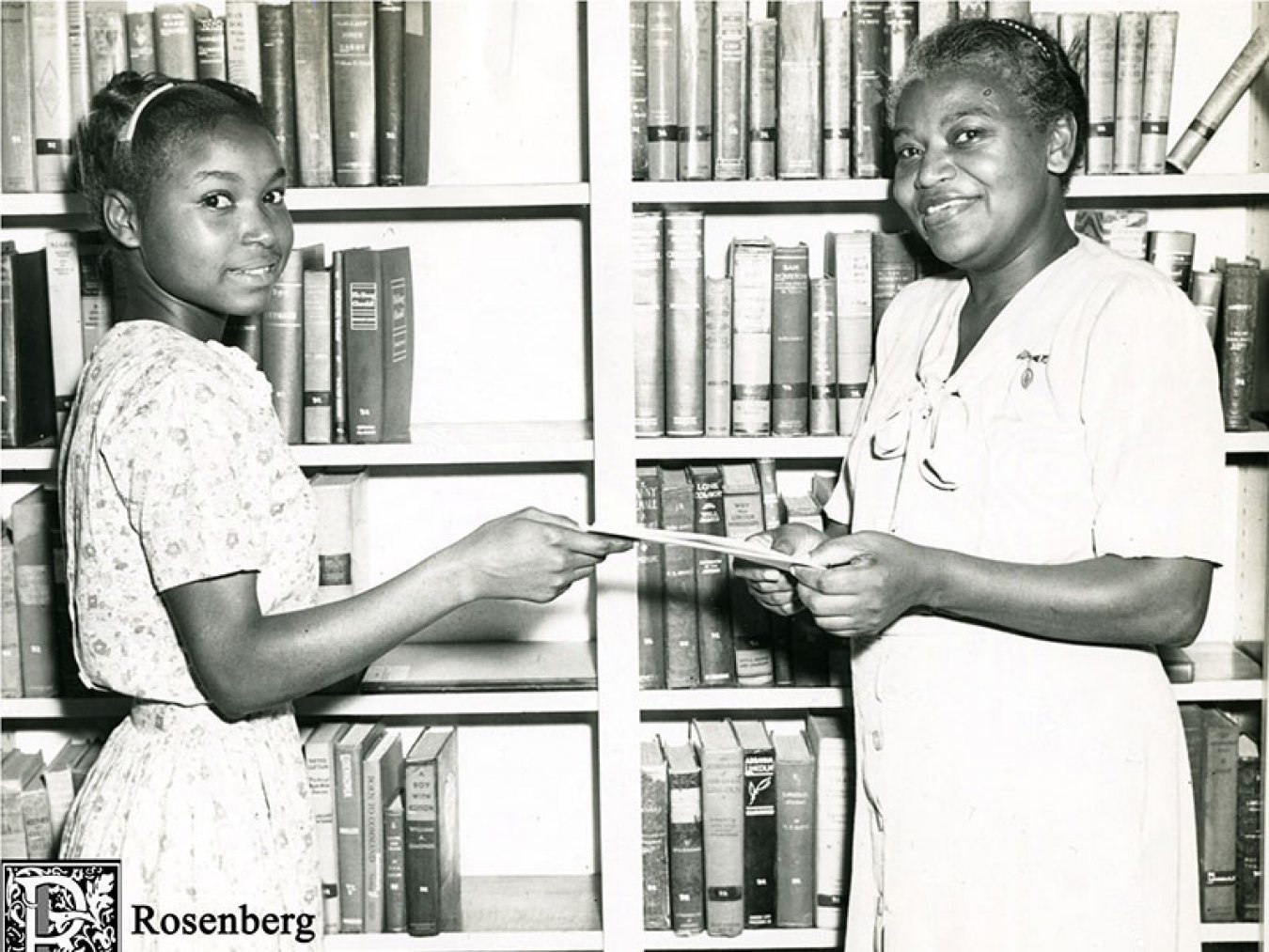 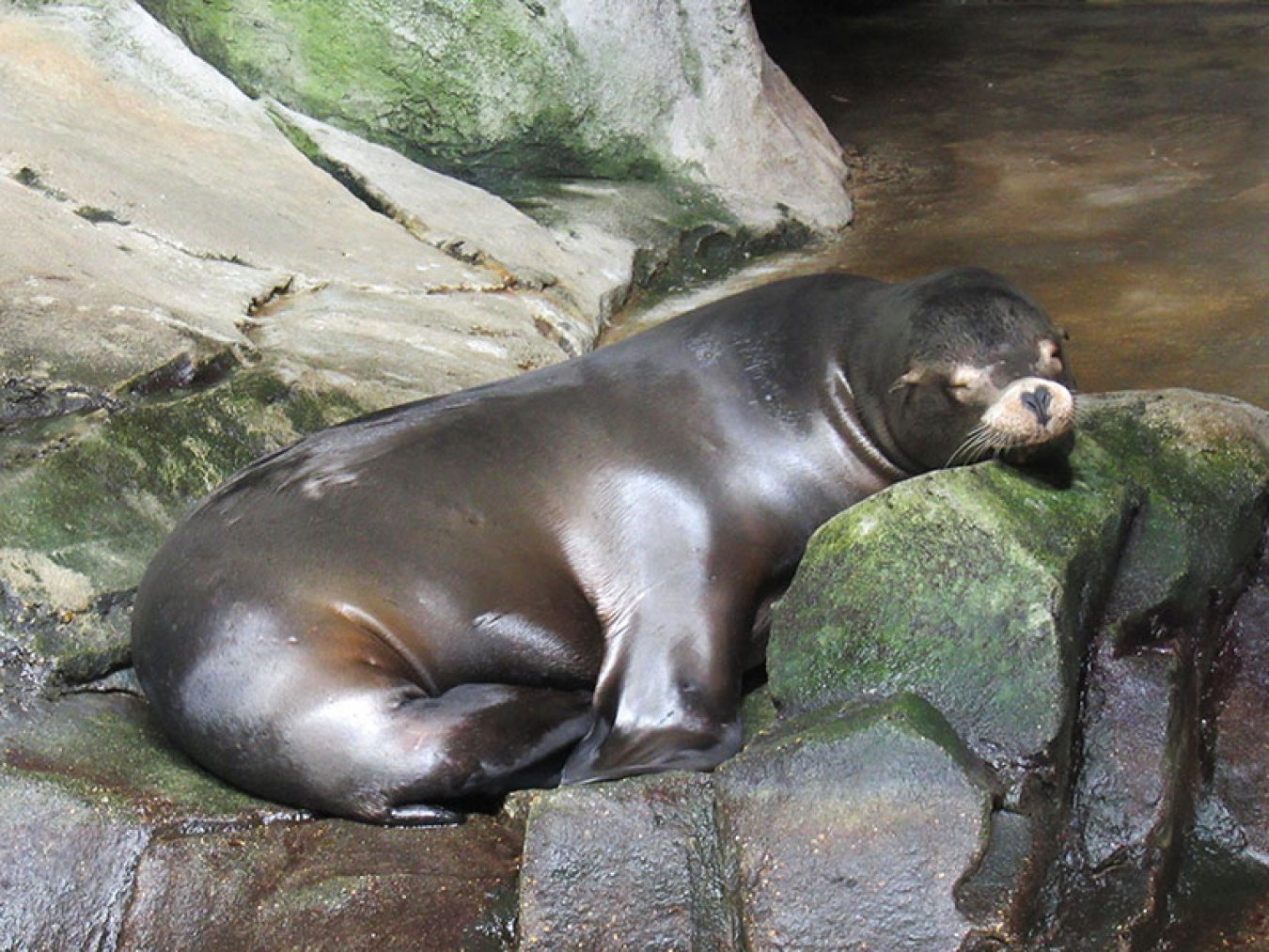