Chat with us, powered by LiveChat Skip to content
Home > What to Do > Festivals & Events > Events Calendar 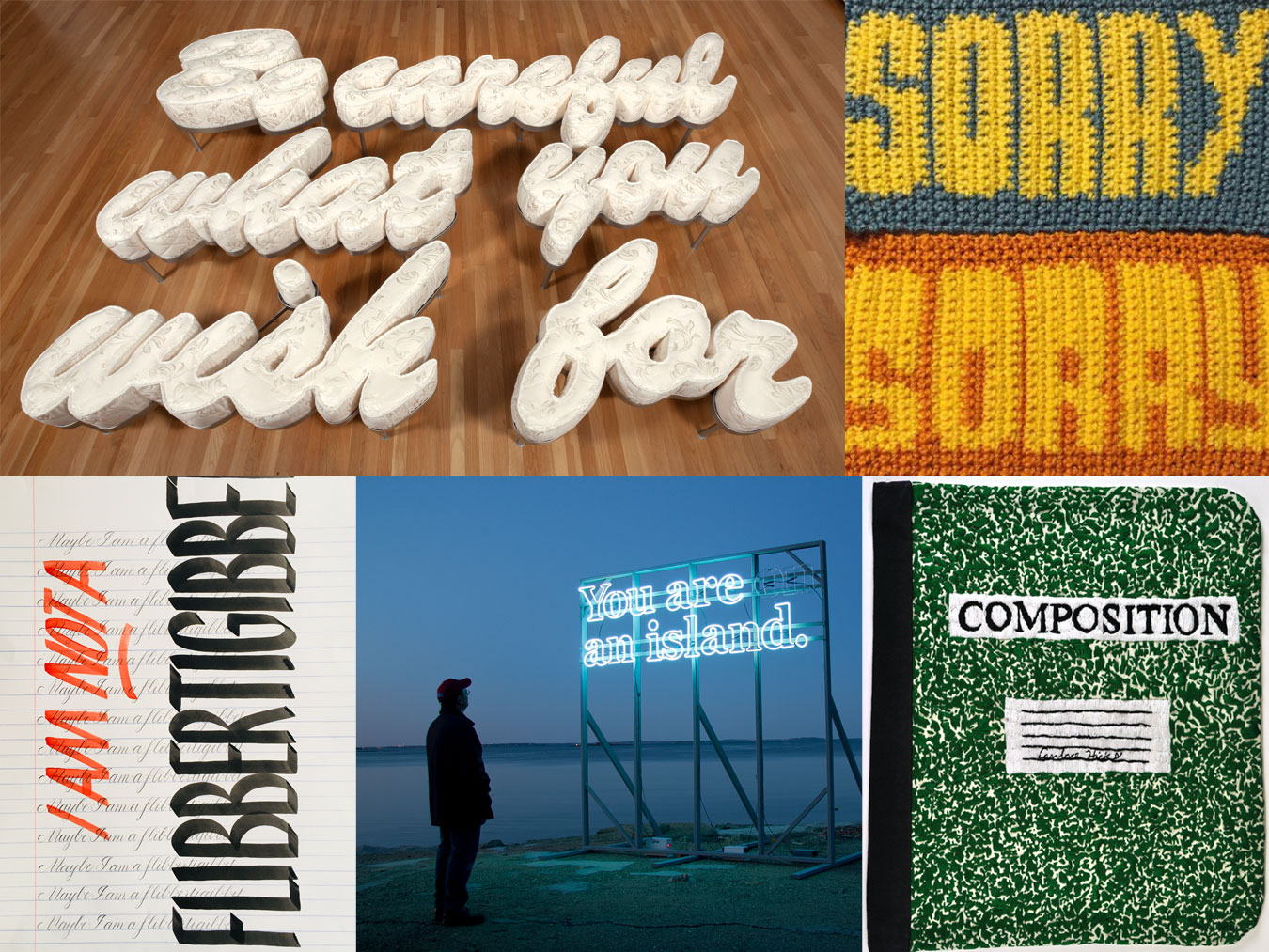 “Going Through a Phrase”

Galveston Arts Center (GAC) presents Going Through a Phrase, a group exhibition of text-based works by Alicia Eggert, Candace Hicks, Stephanie Patton, Andrea Tosten, and Rachelle Vasquez on view in the main gallery from October 10, 2020. Through neon signage, calligraphy, and textiles, each artist employs familiar fonts and shapes to communicate ideas, warnings, personal reflections, and social commentary. By bringing words into physical form, these works disrupt the constant flow of information we receive in the modern world, inviting viewers into a visual conversation. This exhibition will remain on view through January 3, 2021.

In GAC’s second floor galleries, solo exhibitions by Pat Johnson and Francis Almendárez’ continue through November 15, 2020. Pat Johnson’s exhibition, Nervous Waters, includes ceramic sculptures that depict the artist as protagonist in a series of imagined scenes. Francis Almendárez’ exhibition, rhythm and (p)leisure, is part of his ongoing investigation into the fruit and labor of working-class people, specifically of Central American and Caribbean diasporas.

GAC’s galleries are open to the public Wednesday through Sunday, 12 to 5 PM. GAC remains committed to providing a safe and welcoming space for visitors while we navigate the COVID-19 pandemic. We continue to follow social distancing and disinfecting protocols and require face coverings while in the building.

These exhibitions are supported in part by an award from the National Endowment for the Arts and the Texas Commission on the Arts.

About the Exhibition:
Going Through a Phrase includes text-based works by artists Alicia Eggert, Candace Hicks, Stephanie Patton, Andrea Tosten, and Rachelle Vasquez. Through neon signage, calligraphy, and textiles, each artist employs familiar fonts and shapes to communicate ideas, warnings, personal reflections, and social commentary. By bringing words into physical form, these works disrupt the constant flow of information we receive in the modern world, inviting viewers into a visual conversation.

About the Artists:
Alicia Eggert (b. 1981) is an interdisciplinary artist whose work gives material form to language and time, the powerful but invisible forces that shape our perception of reality. Alicia’s work has been exhibited at notable institutions nationally and internationally, including the CAFA Art Museum in Beijing, the Triennale Design Museum in Milan, the Philadelphia Museum of Art, the Corning Museum of Glass, the Albuquerque Museum of Art and History, the Telfair Museums, and many more. Recent solo exhibitions have been held at Galeria Fernando Santos (Porto, Portugal), The MAC (Dallas, TX), and T+H Gallery (Boston, MA). Alicia is the recipient of numerous honors and awards, including a TED Fellowship, a Washington Award from the S&R Foundation, a Direct Artist Grant from the Harpo Foundation, an Artist Microgrant from the Nasher Sculpture Center, and an Individual Artist Fellowship from the Maine Arts Commission. She has been an artist in residence at Google Tilt Brush, Sculpture Space, True/False Film Festival, and the Tides Institute and Museum of Art. In 2020, she was added to the Fulbright Specialist Roster by the U.S. Department of State’s Bureau of Educational and Cultural Affairs. Alicia earned a Bachelor of Science degree from Drexel University in 2004, and a Masters of Fine Arts in Sculpture/Dimensional Studies from Alfred University in 2009. She is currently a Presidential Early Career Professor of Studio Art and the Sculpture Program Coordinator at the University of North Texas. Her work is represented by Galeria Fernando Santos in Porto, Portugal, and Liliana Bloch Gallery in Dallas. She lives with her son, Zephyr, in Denton, Texas.
aliciaeggert.com

Candace Hicks collects coincidences from the books she reads and gathers them in her embroidered artist books. Her compendiums of coincidence are records that show the world through a particular, specific, sometimes obsessive, point of view. She is an Associate Professor at Stephen F. Austin State University where she teaches foundational courses in two-dimensional media. She holds a Bachelor of Arts degree from Austin College where she studied drawing, painting, and French. In 2009 she earned a Master of Fine Art degree in Printmaking from Texas Christian University. Her work consists of artist’s books, video, performance, printmaking and drawing. Books from her Common Threads series are in more than 80 collections around the world including, Boston Athenaeum, Deutsche Nationalbibliothek, Grolier Club, Harvard, Hungarian Multicultural Center, MIT, MoMA, Museum of Applied Arts, Vienna, UCLA Biomedical Library, Stanford, and Yale.
www.candacehicks.com

Stephanie Patton is a multimedia artist whose work comprises sculpture, painting, photography, video and performance. Humor plays an important role in her work and is often used as a device to bring attention to more critical issues and transform her personal experiences into something universal. Based in Lafayette, LA, Patton received her BFA in Painting from the University of Louisiana at Lafayette in 1993 and her MFA in Photography from The School of the Art Institute of Chicago in 1996. Stephanie has shown her work nationally and internationally including at the Bronx Museum of the Arts, Elizabeth Houston Gallery and Voltz Clarke Gallery in New York; the Ogden Museum of Southern Art, Louisiana ArtWorks, the Contemporary Art Center and Arthur Roger Gallery in New Orleans, LA; and Galerie Patricia Dorfmann in Paris, France. She is represented by Arthur Roger Gallery in New Orleans and Voltz Clarke Gallery in New York City. She is also a founding member of The Front, an artist’s collective, in New Orleans, LA. Her work has been published in The New York Times, New American Paintings and the New Art Examiner. Stephanie has received several grants including a Career Advancement Grant from the Louisiana Division of the Arts in 2009 and 2012. She has been an artist in residence at the Vermont Studio Center, the Santa Fe Art Institute and the Joan Mitchell Center in New Orleans. In 2019 Stephanie was a South Arts Fellowship Recipient for the state of Louisiana and a Finalist for the 1858 Prize for Contemporary Southern Art with The Gibbes Museum of Art in Charleston, SC. Stephanie is currently the producer and host (as the character Renella Rose Champagne) of Lost in Love on KRVS 88.7FM.
stephaniepatton.com

Andrea Tosten is a calligrapher and a bookbinder based in Dallas, TX. Her work explores social constructs, binary thinking, and the nature of existence. Tosten received a Bachelor of Science in BioMedical Science from Texas A&M University and a Master of Liberal Arts in Museum Studies from the University of Oklahoma. Tosten is a self-taught calligraphy artist and has worked in the medium for over 15 years. She teaches calligraphy at Oil and Cotton in Dallas and restores and conserves books at The Book Doctor. Her work has been featured in exhibitions in the Dallas-Fort Worth area including an artist residency at Tarrant County College, South Campus in 2019-2020, along with exhibitions at Cedar Valley College, the Dallas Public Library’s Jillian Bradshaw Gallery, the South Dallas Cultural Center, the Bath House Cultural Center, the Oak Cliff Cultural Center, and Terrain Dallas.
a-scribe.squarespace.com

Rachelle Vasquez is a Houston-native and art educator, who received her BA in Art Education with a minor in Art History from the University of Houston. Vasquez is well known for her intricately crocheted works. She participated in artist residencies at DiverseWorks and the Houston Center for Contemporary Craft. Her work has been included in exhibitions throughout Houston, including solo exhibitions at Lawndale Art Center and Box 13 ArtSpace. Vasquez was an original member of Knitta, a group of artists known for starting the “knit graffiti” movement in Houston, TX in 2005. Her work has been reviewed in the Houston Press, Arts Houston magazine and Glasstire. In 2016, she received and Individual Artist Grant from the City of Houston and the Houston Arts Alliance.
www.rachellevasquez.com 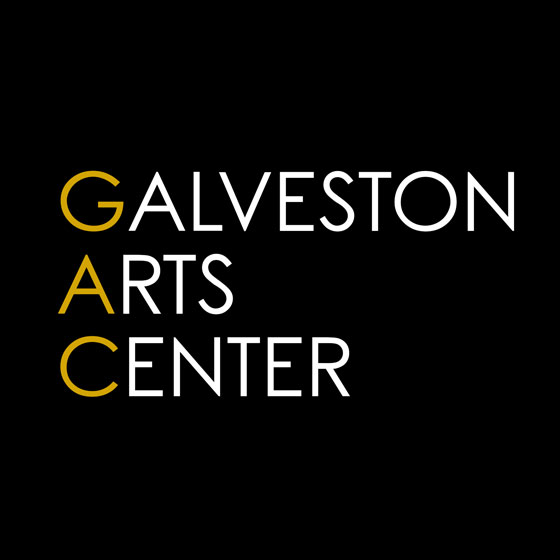